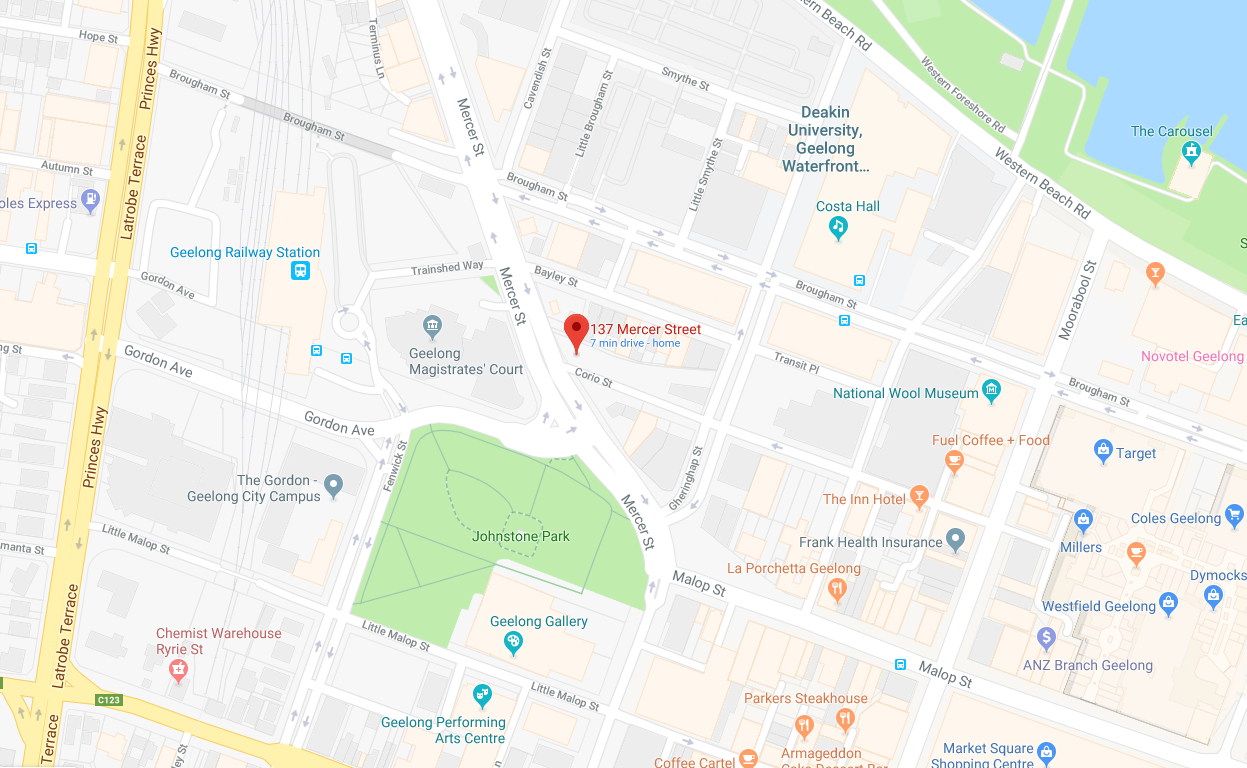 Our concern is the funding and ownership of the building. We have been assured that the costs can be provided without increased impact on ratepayers, mostly by savings from unnecessary other buildings and increased efficiency.  However, it appears that CoGG are paying about 1/2 the costs but there has been no mention of who is funding the rest - and therefore who will own the property after construction. Bendigo went down this track and ended up paying rent on a building that they were supposed to own. We hope the same will not happen in Geelong

There is a lot of new construction occurring around region lately and many of the existing roads to these areas have not been upgraded to handle the additional traffic. Two-lane rural highways and residential streets are being used to access much of the Armstrong Creek and Warralilly areas leading to significant traffic issues as well as damage on previously minor roads. Planning for any new development should include suitable infrastructure being in place before construction rather than trying to retrofit after the fact.

Apart from new estates, several other areas in the Geelong region are also struggling to keep their infrastructure up to scratch. Lara has been undergoing massive growth over the last decade without any attention to its deteriorating roads. And all across the Bellarine, continual growth has put pressure on both the road and water. The Drysdale bypass is a start but only that.

A long term plan has been floated for increased development in South Geelong. Amongst other things, it allows for 10 storey buildings along Moorabool St, over-building of the South Geelong Station, a multi-storey car-park and high density apartments near the Stadium. Needless to say, we are somewhat concerned about the plans and what they mean for both the area and the character of Geelong

Geelong's rates for commercial properties are some of the highest in the state. Despite the drive to re-vitalise the city centre, businesses still need to pay 2.5 times as much in rates as residential buildings. There are only about half a dozen Councils in Victoria who have rates as high.

The State Government recently re-wrote the Local Government Act which is the major source of authority for Councils. Our colleagues at Ratepayers Victoria had a number of issues with the previous law since it had many holes and ambiguities. Unfortunately, the replacement is even worse and was pushed through, before all submissions were reviewed, by Adam Somyurek before he was dismissed for mis-using his position. We are hoping there will be a chance to comment again before it is enacted into law

Accounting for non-profit organisations, such as Local Councils, is somewhat different to normal business book-keeping. A study is been undertaken by Ratepayers Bayside to understand the figures provided by Councils and whether they are useful or sufficient for ratepayers generally

The exchange of land between Council and a local developer in Indented Head shows some concerning aspects. Starting with the fact that apparently the land ownership is murky, the exchange is not favourable for the Council and removes valuable green space from the local community. We have attempted following the issue with both Ombudsman and IBAC but are having trouble getting action.