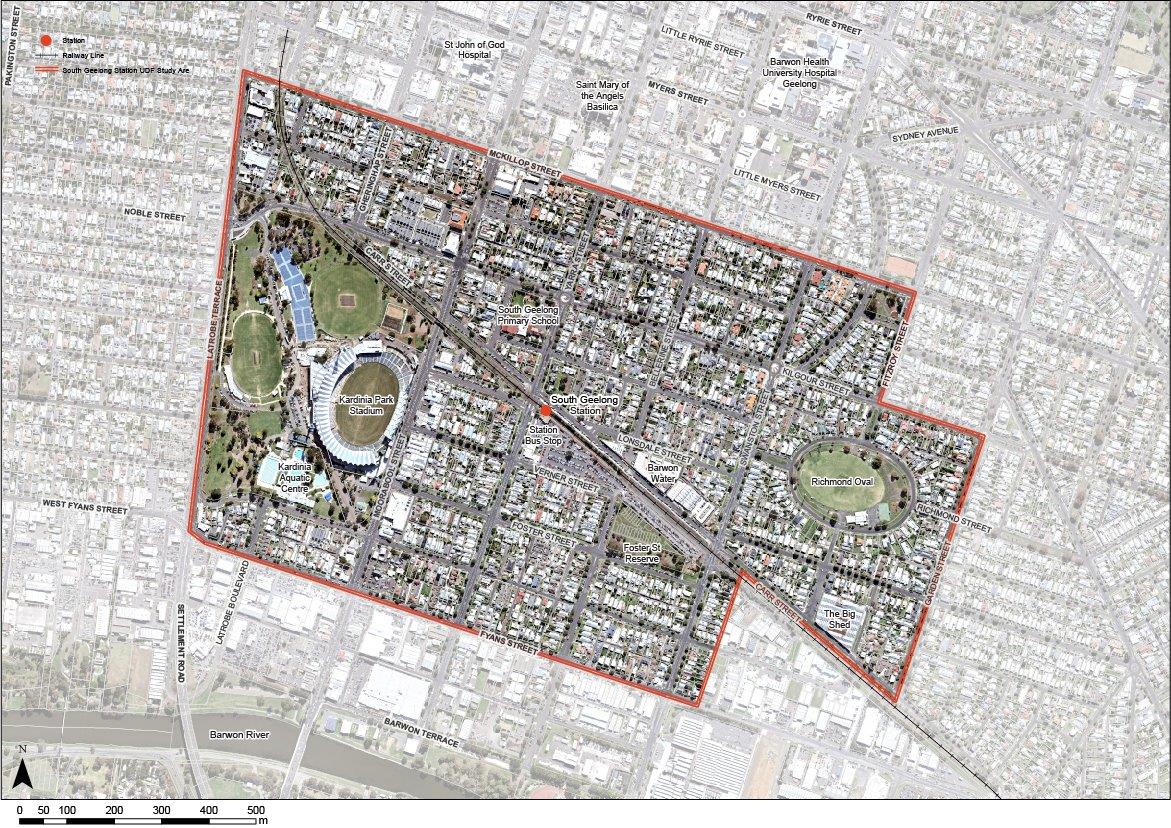 The latest version of the South Geelong "Urban Design Framework" has just been published for public comment on the Council "Your Say" website. This is a good opportunity to remind all residents that the first point of contact for any comment about Council plans can and should be this site. While Council often ignore, or at least don't act on, comments they sometimes do and many proposals are adapted after citizens give their responses. If nothing else, the site provides an insight into what matters are being discussed.

The plan for South Geelong joins similar documents for Central Geelong and the Pakington St/Gordon Ave area. There are also frameworks for the new North and West Geelong developments (Lovely Banks and Batesford) as well as Drysdale and an old one for Ocean Grove. They provided an interesting view into the plans for various regions and the starting point for objections (if any) to the development plans.

This is the third round of consultation for South Geelong and the big ticket items are: an increase in the heritage overlays in several places, major (massive!) development along Moorabool St around the stadium, and a complete overhaul - and overbuild - of the area around the Station. For the last point, residents should also be aware of the State Government plans for the railway line which include a raised line through outbound past the show-grounds as well as a complete re-build of the station; tying in with the Council plans to overdevelop the area.

We are concerned about the density of building planned which will turn the old Barwon Water site into a mass of tightly packed apartments. The possibility, or even likelihood, of turning the comfortable suburb of South Geelong into a dormitory for commuters to Melbourne is going to alter the family friendly area unless handled very carefully.

Our Annual General Meeting was held on the 21st of August. Due to ill health our previous president, Jim Collins, has had to step down. We thank him for his work throughout the year.

The new committee is:

At the Council Meeting on 12th Feb, Eddy Kontelj and Anthony Aitken raised some urgent business about traffic issues in Malop St as a consequence of the "Green Spine" project. At the same meeting the Council was presented with a report by the Department of Environment, Land, Water and Planning. They disagreed with one particular recommendation which stated that the Little Malop St Mall was low priority.

One issue we have been following fairly closely is a land swap in Indented head. A developer wishes to exchange a narrow strip of land to the council for a piece of crown land. The developers land, which is unsuitable for housing is swapped for a park which is right next to their current build area.