One issue we have been following fairly closely is a land swap in Indented head. A developer wishes to exchange a narrow strip of land to the council for a piece of crown land. The developers land, which is unsuitable for housing is swapped for a park which is right next to their current build area.

On the face of it the swap sounds reasonable 3.9ha of park for 13.6ha of creek with ecological significance. And in May 2016 the administrators, who had only just taken office, approved the exchange. 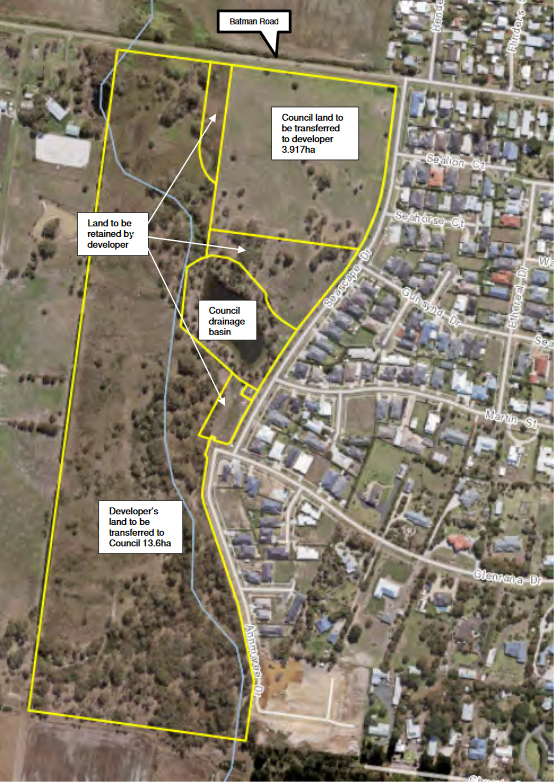 Some delays occurred and the official notice of the swap was re-issued in March - which is when we became aware of the situation. We submitted an objection on 4 grounds - all of which could have been fairly easily resolved. The major one being the valuation of empty land compared to what the developer could reasonably achieve.

To be clear, while we think there are concerns about the swap itself, our biggest issue is how things have been handled since. Our objections were mis-represented to the Councillors at their meeting on 10 July 2018. In addition the number of objections from other parties were completely dismissed without mention in the briefing to the Council. As a consequence the Councillors reached an agreement to go ahead based on poor information.

Giving the officers the benefit of the doubt, we assumed this was an error and asked for review. Since then we have been given the run around through the internal ombudsman, an Executive Manager and is currently with the CEO - all without the councillors themselves being involved. It is difficult not to assume that the officers are avoiding an investigation and don't want to update the Councillors with the real situation.

In addition to our original submission, which has not been addressed, we have also come to realise that the land is not owned by Council, but only managed by them. It is actually Crown Land and, as such, planning permits are not allowed to be issued until an application to remove that status has been approved.

There is a definite impression here that some preferential treatment is occurring, but we also believe it is technically illegal. That means the land swap agreement is not valid and the Councillors, as responsible parties, should certainly be involved.

We are still waiting to hear from CEO Cutter to get his input.

No thoughts on “Land Swap in Indented Heads”